A Call for His People to Repent

“If my people, which are called by my name, shall humble themselves, and pray, and seek my face, and turn from their wicked ways; then will I hear from heaven, and will forgive their sin, and will heal their land.”  2 Chronicles 7:14

It might be worthwhile at this point to remind ourselves whom this verse is directed to.  This is not a plea to the lost.  It is not a condemnation of the worldly.  God is speaking to “my people, which are called by my name” … His chosen ones, His church.   The God of the universe is calling His family to repentance from wickedness.

We’ve been summoned to seek His face just prior to this call for repentance.  Why?  I think the prophet Isaiah says it clearly in Isaiah 58: 3 and 59:2, “Why do we fast and you don’t look our way?  Why do we humble ourselves and you don’t even notice? … But your iniquities have made a separation between you and your God, and your sins have hidden His face from you, so that He will not hear.”  Our wickedness can cause God to turn His head.  But it is our true humility that catches God’s eye.

We’ve looked at three processes so far: humbling one’s self, praying and seeking.  I believe these three steps are so crucial in coming to the place we are looking at now … turning.  I find it fascinating that the word ‘turn’ is placed both geographically and spiritually in the middle of this verse.  It is as if ‘turn’ is the literal pivot point of 2 Chronicles 7:14.  Everything depends on our willingness to turn.  Everything changes with ‘turn’.

In verse 14, prior to ‘turn’ we have the call to humility, prayer and seeking.  But our heart-felt, intentional decision to turn is powerful enough to grab God’s attention.    After turning we have God’s ear, His forgiveness and His healing process in our life.

In verse 13, just prior to our decision to turn in verse 14, we see God speaking of holding back the rain, the land being devoured by locust and His people being overcome by pestilence.  After the decision to turn, in verse 15, He speaks of His eyes and ears being open & attentive to us.

One definition of ‘turn’ is to change in nature.  I believe this is what our Father is calling us to.  Turn from our wicked ways.  What is it that is so wicked that turning from it would achieve such a monumental response from our heavenly Father?  I think that answer will differ for each of us.  But it ultimately come down to whatever replaces or takes a higher priority in our heart than the one who sacrificed everything for us.

God’s love for us is so overwhelmingly powerful that He allowed His Son to enter our world as the most vulnerable of creation, a baby.  He allowed this baby to grow up in a sin filled world and eventually give up His life in the most horrendous manner just so He could have unbroken communion with us again.

But in spite of this tremendous love poured out for me, I have over and over found it easy to let things creep in and take the place in my life that should belong only to God Himself.  I have found it so easy to replace the utmost and perfect with the temporal and imperfect.  Too often I have been temporarily satisfied with a cheap imitation that leaves one feeling empty and used.

Sadly, this cheap imitation will leave us broken inside.  And, just as Christ wept so often over Jerusalem (Luke 13, 19 & Matthew 23), He weeps over us.  The good news is that God will accept a broken and contrite spirit and make something beautiful out of it.  King David learned this, “My sacrifice [the sacrifice acceptable] to God is a broken spirit; a broken and a contrite heart [broken down with sorrow for sin and humbly and thoroughly penitent], such, O God, You will not despise.” (Psalm 51:17)

He is so enthralled and overjoyed by our decision to turn that He has promised, “to give them an ornament (a garland or diadem) of beauty instead of ashes, the oil of joy instead of mourning, the garment [expressive] of praise instead of a heavy, burdened, and failing spirit” (Isaiah 61:3).  This is so much the picture of the waiting, grieving Father running with excitement when He saw His repentant son turn and come back home in humility.  The prodigal son’s story is our story.

As, I write this I hear the call of a Father who gave everything, asking me to guard my heart and keep His throne for Him alone.  I hear the voice of the One who loves me with a love that this world cannot imagine pleading for me to lean on Him and make Him my resting place.  And as I write this I am filled with the desire to gather close to Him, sit with Mary at His feet and pour out my greatest treasures for Him, all the while knowing that they pale in comparison with what He has poured out for me. 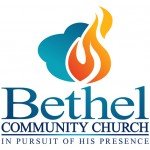