Locked In or Locked Out? 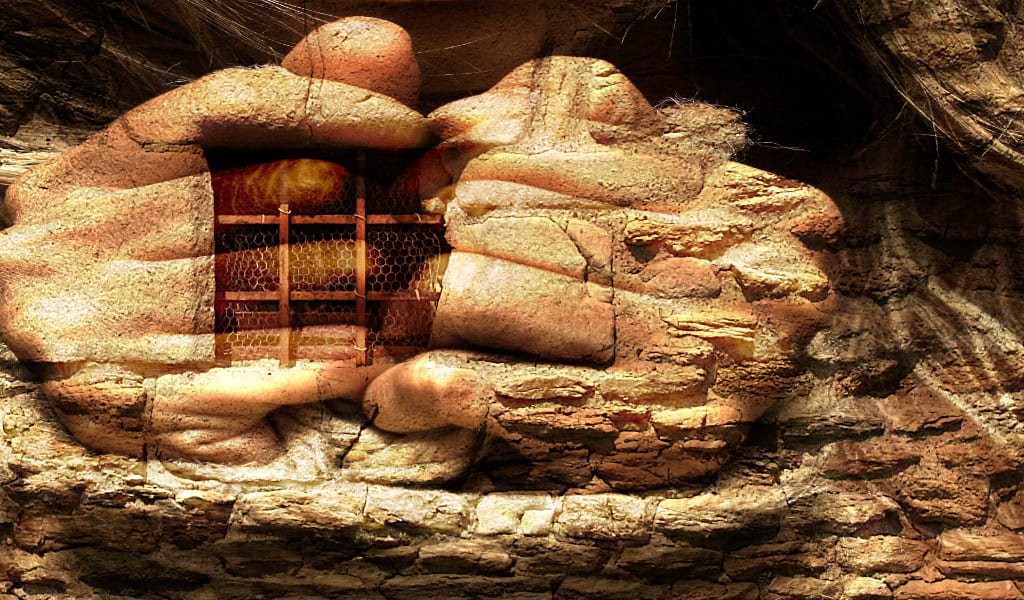 “Peter knocked at the outer entrance, and a servant named Rhoda came to answer the door. When she recognized Peter’s voice, she was so overjoyed she ran back without opening it and exclaimed, “Peter is at the door!” “You’re out of your mind,” they told her. When she kept insisting that it was so, they said, “It must be his angel.” But Peter kept on knocking, and when they opened the door and saw him, they were astonished. Peter motioned with his hand for them to be quiet and described how the Lord had brought him out of prison. “Tell James and the other brothers and sisters about this,” he said, and then he left for another place. Acts 12:13-17 NIV

You do not have to look very far into the early church to see that many of the followers of Christ understood locked in or lockdown in a way that we are not able to grasp. While we have had to face some new challenges in the past few months, being in the comfort of our homes, with internet, all the food we can imagine, and the ability to connect via many different avenues to whomever we want, is not the kind of lockdown or lock in that would have been a part of their story.

Many of the early church believers would be thrown into a prison cell for simply being associated with the Name of Jesus. If they preached His Name, they could not only face imprisonment, but they risked their very lives facing martyrdom. When these believers were locked into these cold, isolated prison cells, they were not given bonuses from the government, they were not given a cell phone to text their buddies, in fact, what they did have would often be taken from them and they would have no idea when their lock down would end or if it ever would.

Peter is an example of this. He finds himself locked in jail with no clear path in front of him. He does not know if this is the end for him or when he will ever see the light of day again. While he is in jail, the church is meeting in a home and they are praying for him. They are asking God for his release. They are petitioning the Lord for Peter’s lock in to end. While they pray, God sends an angel to shake Peter awake and open the door for his release. Peter is not expecting it, he has no idea what is even going on but God steps into Peter’s lock in and in a moment in time by God’s Hand, Peter’s lockdown is over.

This is a powerful truth that I believe we as the body of Christ need to grasp clearly in this moment. At any moment that God decides to shift what has been imposed by others upon our lives, He is able to do it. We are not held in by the restrictions we think are holding us. We are only held until God sends His angels and says, “Time is up.”

Peter is released as an answer to the prayer of the Church. He leaves the place he was locked in and knocks on the door of those praying for him. One would expect that they would open the door and begin to praise God for His answering their prayer, but that is not what happens in the immediate at least. Peter knocks, and those asking God to release him from the lock in are in such disbelief that he stands outside their door now locked out.

Think about that for a minute. The ones wanting his release, wanting a miracle, wanting God to change the situation, are the ones who left Peter on the outside when God does it. While we know they did eventually let him in, there is a lesson here. It appeared he was locked in by man but locked out by the church. Even the believer can miss what is right in front of them at times when they become focused on the circumstances rather than on Who God is and What God is able to do.

What do I see here? I see Peter as an example for us to look at God and not at the limits, or the moment in front of us. Far too many followers of Christ are consumed with “Peter” being in lockdown and they are missing the “Peter” standing at their door.

God is working. We have to believe that not only when we see evidence of it but when things don’t make sense to us as well. It is a journey of faith and if we live our lives believing that we are at the mercy of “prison walls” and not at the mercy of a God who works in all things, we will miss the answer to our prayer as it stands knocking at our door.

Christ is building his Church. We should be excited that He called us in this generation to be a part of the work He is doing in this hour. He trusted and knew that there would be a body of believers alive in this hour who would not look at the prison walls but would look into the eyes of their Saviour and know He was leading them out!

Let’s open the door and see what He is about to do with all who believe He is who He says He is.