Present in the Storm 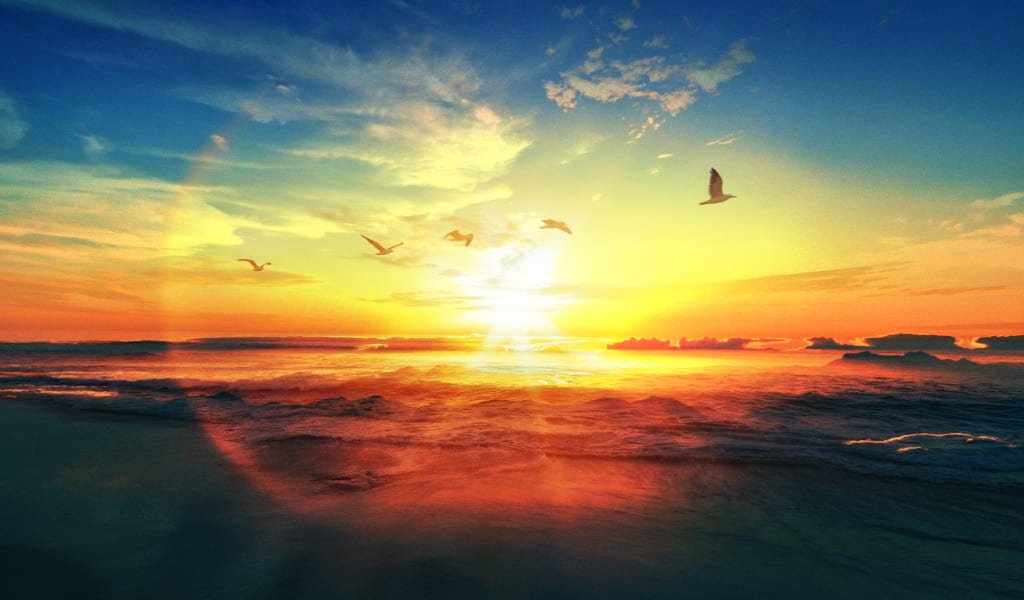 “Immediately Jesus made the disciples get into the boat and go on ahead of him to the other side, while he dismissed the crowd.  After he had dismissed them, he went up on a mountainside by himself to pray. Later that night, he was there alone,  and the boat was already a considerable distance from land, buffeted by the waves because the wind was against it. Shortly before dawn Jesus went out to them, walking on the lake. When the disciples saw him walking on the lake, they were terrified. “It’s a ghost,” they said, and cried out in fear. But Jesus immediately said to them: “Take courage! It is I. Don’t be afraid.” “Lord, if it’s you,” Peter replied, “tell me to come to you on the water.” “Come,” he said. Then Peter got down out of the boat, walked on the water and came toward Jesus.  But when he saw the wind, he was afraid and, beginning to sink, cried out, “Lord, save me!” Immediately Jesus reached out his hand and caught him. “You of little faith,” he said, “why did you doubt?” And when they climbed into the boat, the wind died down. Then those who were in the boat worshiped him, saying, “Truly you are the Son of God.” Matthew 14:22-33 NIV

Storms sometimes have a way of sneaking up on us.  We believe we know all the signs that indicate their arrival, but there are those storms that come and do not follow the projected pattern and leave us surprised by their impact.  They bring a rapid adjustment to our lives. As we all know, we are presently facing one of those storms. These moments serve as a reminder that nothing is permanent except what we build in Christ. Uncertainties can come at any moment and out of nowhere and we really need to know in those moments what is certain in our lives. Or rather Who is certain.

In Matthew, the disciples faced the arrival of a storm that battered and beat their vehicle of passage in the darkness that surrounded them.  They feared for their lives, they felt the cold, dark, terror of those waves as they beat the side of their boat and began to pour into the vessel.  They faced the uncertainty of not knowing how they were going to get to the other side of this beating. Just as they were ready to   surrender to the storm, Jesus, the only certain in the storm walked up to them in their place of what felt like utter abandonment.  He was there.  He was never absent, but rather what took them by surprise, He was walking on.

What a reminder to our hearts that what surprises us, God is walking on or He is over.  It does not command Him, but rather, He commands it.  The storm may shake us, but it submits to Him.  He is present.  He walks on the thing that brings fear and terror to our hearts.  Imagine that!!  In this global storm, Christ walks in the midst.  That should bring incredible comfort to our hearts.

What shakes us, and what shook the boat the disciples were tossed in, never once overcame the One who walked on it.

Jesus is not shaken by the storm.  He is moved with compassion within the storm, but not shaken by it.  He has power over it.  There is no need to be afraid of what you have power over.  This is the incredible God we know.  He is powerful in the present storm as well. While there is deep loss and sadness happening all around the world, there are also incredible stories of God’s power being revealed and His compassion being released through His body.  The questions is, do we see the storm or do we see Who is powerfully compassionate in it?

Jesus does not leave us to walk this alone, He enters the boat with His disciples, and He has entered this journey with us.  He enters the battered, fear filled boat and brings peace to the storm.  I believe He is desiring to do the same in this day we face.  He wants us to believe Him, to trust Him, to walk to Him, and let Him join us in seeing peace come to the storm.

I do not know what this pandemic will do.  I do not know how long this storm will rage across our world, but I do know that Jesus Walks in the midst, He invites us to join Him and gain a different perspective by stepping out of our “failing safety net” to a place of trust in Him of the unknown.  I do know that as we do, He will walk with us full of compassion to bring peace to the battering around us and to minister calm to storm.

I get to choose, be overcome or to overcome.  I think I will stick with Jesus and let him bring His very presence into that which is bigger than us but still submitted to Him.  Let’s join Him and see what surprises He may bring about in our part of this globe.